Disrupting the £1.75 billion UK greeting card market by turning donations in lieu of cards into a trend

I was told by a friend recently that he dislikes the term ‘disrupting’.

Now I'm not short on terms that bother me too. But I told him that I actually quite like this one.

Possibly because I can’t think of another word that better sums up our intention when developing new tools and features within DontSendMeACard.com.

As a startup we're continually looking to take more and more people away from purchasing and sending high-street greeting cards, to donating the cost of cards and stamps instead to charity – essentially upsetting or 'disrupting' the traditional paper greeting card industry.

Well there’s a few reasons that I have summarised here for you:

• Charities rely on donations and we are spending £1.75bn annually on sending each other bits of cardboard
• Giving in lieu of cards doesn’t cost you any more than you would have spent on them anyway
• Greeting cards are actually a tremendous waste – see infographic
• Printed charity greeting cards just don't cut it in terms of the share given – read UK Fundraising article
• People like our alternative :)

‍Being featured in The Telegraph as a trend was quite exciting for us to receive that kind of exposure. Read Mark Molloy’s full article here.

I’m not going to lie and say it’s been one easy ride to being hailed in national news. Starting something new and putting it out there is hard work.

Fortunately though we’re at the point now where we’ve built up a brand and reputation that is liked and trusted by charities and users.

What fuels us as a trend is our users giving and sending e-cards to all of their friends and family, who in turn see that they have donated and follow suit and do the same.

The combined voice of our charity partners inviting their supporters by email and social media creates mass exposure of the idea.

Dogs Trust alone talking about using our system on their Facebook page has over 1 million followers. Shelter are one of the largest charities in the UK and we’ve worked directly with them managing a successful fundraising campaign. 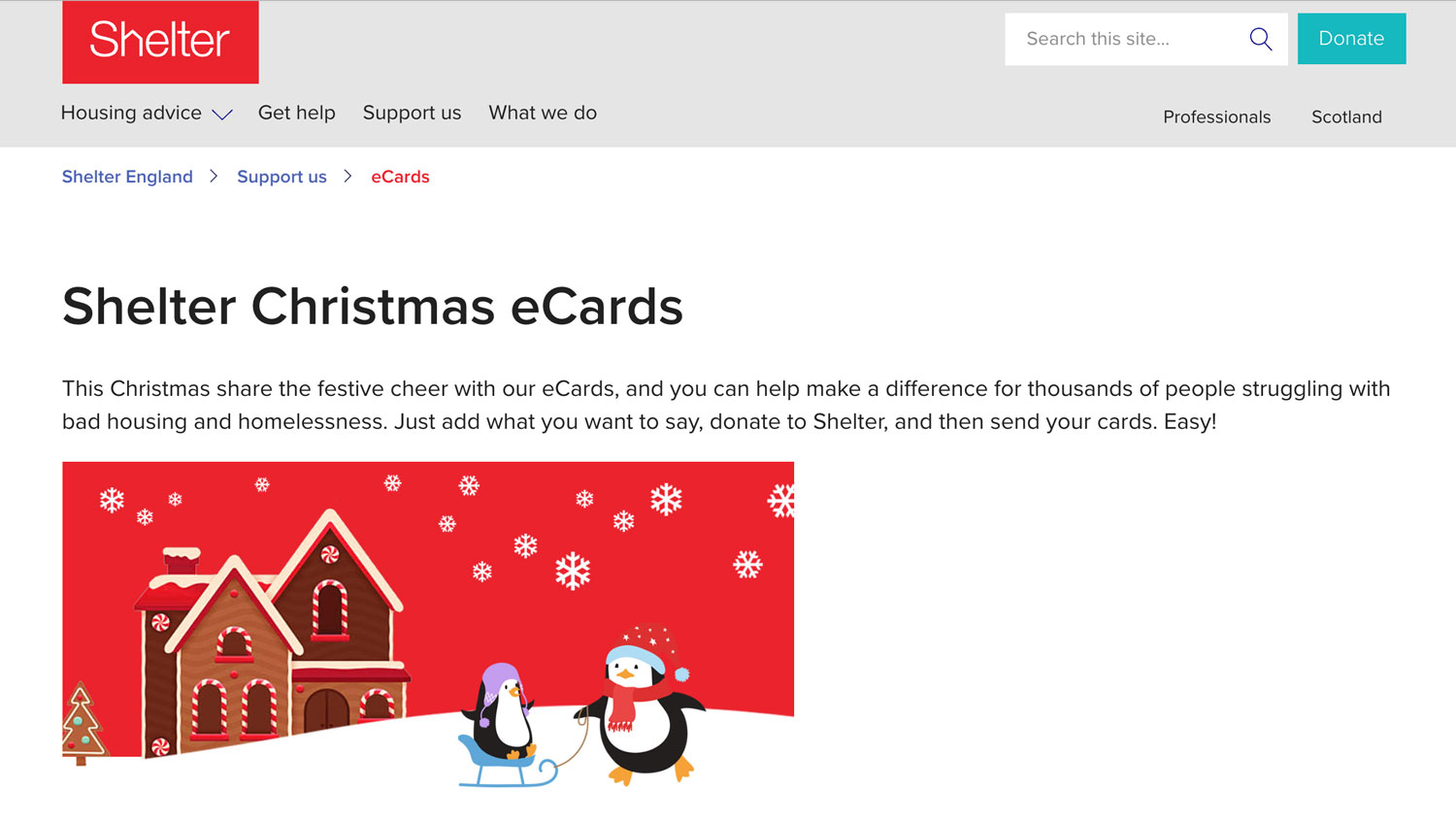 For the initiative to continue to disrupt this large traditional market, we really do need to keep upping that trend factor.

DontSendMeACard has progressed as follows:

We now have hundreds of charity partners on board fundraising for a wide range of causes. More widely recognised organisations are joining too such as The Salvation Army and Clic Sargent.

With over 180,000 e-cards sent instead of greeting cards, DontSendMeACard users have saved 26 tonnes of carbon (CO2e, or carbon equivalent).

Charities are now processing Gift Aid on donations adding 25p on top of every £1 given.

Companies can give via the platform and upload their logo to send branded e-cards.

We have expanded the system to accommodate US non-profits and are working to integrate other currencies.

Just over three years ago I wrote a post entitled The Concept Behind DontSendMeACard.

It's incredible to go from an initial idea and to grow to this point. The point of this article however isn't just to share our metrics and progress, but to get your input.

So, what are your thoughts...

• What do you think will help us scale and further the initiative?
• Are you a charity that would like to join us?
• Do you like the idea and want to send e-cards and donate in lieu of cards?
‍

"We signed up for DontSendMeACard recently, and were floored that the very next day we received our first donation of a massive £457! This was without any promotion from our charity. We are now receiving a number of donations after sharing the initiative with supporters."

"We have consistently raised more money each year with the DontSendMeACard platform. With the ability for us to use our own e-card artwork, we are able to offer a solution for cards to Rain Rescue supporters, without having to build and maintain our own e-card system."